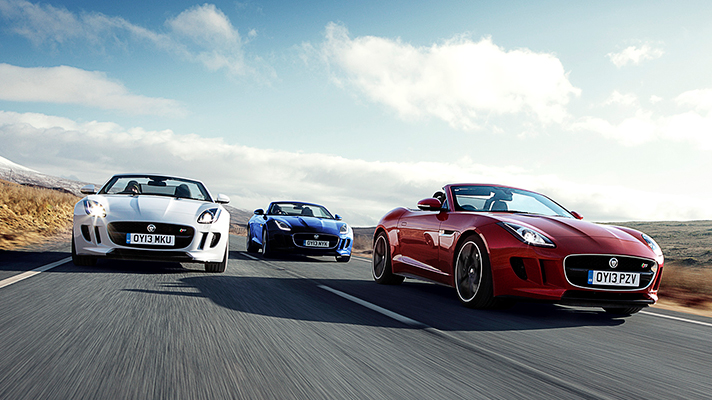 Reports are surfacing with the aplomb of giant sea monsters that the Jaguar F-Type is indeed getting an all-wheel drive system. We have reports instead of confirmation because at this time Jaguar has declined to comment, despite repeated assurances that this is not a state secret and that the world’s supply of Corn Pops will not disappear from shelves in a nonsensical gesture of retaliation (Editor’s Note: Jaguar Land Rover does not have, nor has it ever had, a relationship with Corn Pops breakfast cereal, Kellogg’s, or any derivation therefrom).

Instead, we can look to the advent of all-wheel drive as a near certainty for two reasons. First, spy shots indicate that the hood of F-Types in development are higher than normal to accommodate the extra hardware; all-wheel drive would necessitate new driveshafts and a new differential to handle power distribution.

Secondly, it’s good business sense. As a competitor to Porsche, BMW and Audi, Jaguar has natural incentive to implement the features that have found success in other company’s garages. American and North European consumers are said to favor all-wheel drive instead of the more classic rear-wheel drive because it’s essentially idiot-proof. By using all wheels to monitor grip and reallocate wheelspin, high-powered cars driven by novice drivers have a better chance of staying on the road and outside of someone else’s front seat. Rear-wheel drive requires more finesse, effort and practice to be driven at its limits.

The merits between RWD and AWD echo those of another change coming to the F-Type: manual transmission versus automatic. Ultimately it will be a contest between the traditionalists who thumb their noses at the barbarians who let computers do the driving, and the modernists who refuse to make life harder than it already is for the sake of heritage. Expect battle songs, manifestos, websites and t-shirts to be made for each side, posthaste.